We welcome you to worship with us, each week either in person or here online. Join us as Pastor Curtis shares the Word. 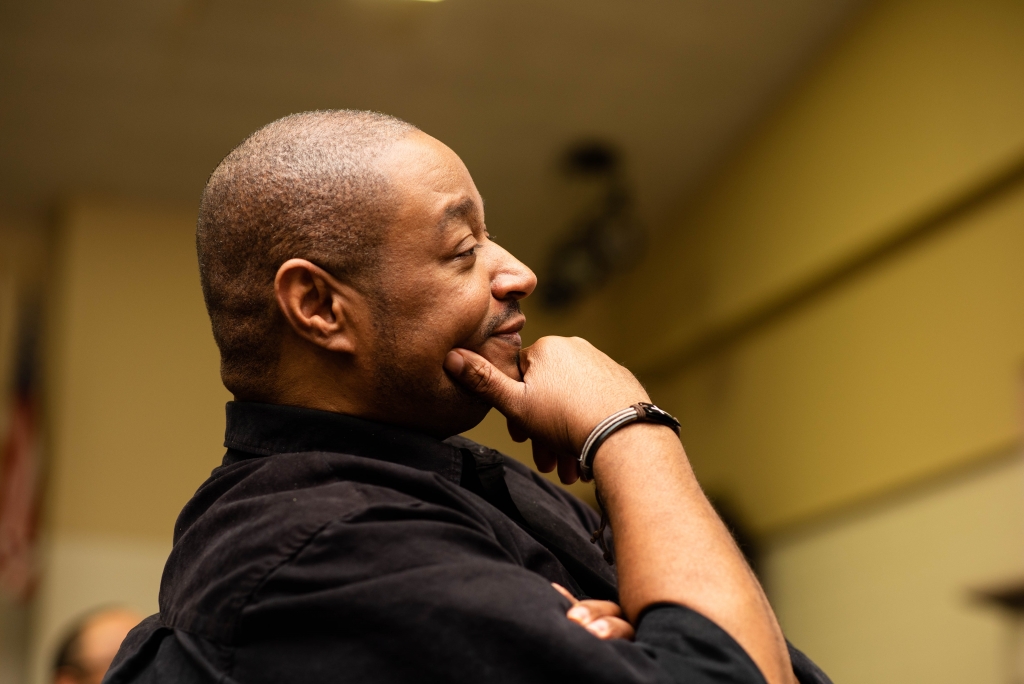 Curtis M. Hairston, Jr. is a pastor-teacher to the Christian community his walk with the Lord began at the age of four when he says God called him to the work of the ministry. He wrote his first sermon at the age of five, preached it when he was twelve, and was appointed as a pastor of youth ministry at the age of twenty. It was then he was given the nickname “Pastor Curt”.

He served eight years in the United States Navy as a Russian linguist for naval intelligence it was there where GOD gave him a global vision of reaching the world. It was also where he learned not to just talk about the love of God, but to actually show it while dealing in the lives of others. This experience has transformed his understanding. He now defines grace as, “God loving someone through me”.

Known for his humor and unique perspective “Pastor Curtis” has appeared on Christian television and has worked as a producer-host of a Christian morning radio show and Christian hip-hop radio. He has spoken at colleges, schools, youth, singles, and children’s conferences, camps, and churches throughout the world. He currently serves as pastor of New Generation Youth Ministry, Rooted in Christ Emerging Adult Ministry, and Abundant Life Singles Ministry of Rhema Christian Center

Congratulations for choosing to find a group! Your new group is waiting for you, click below to get started.

Other Ways To Connect